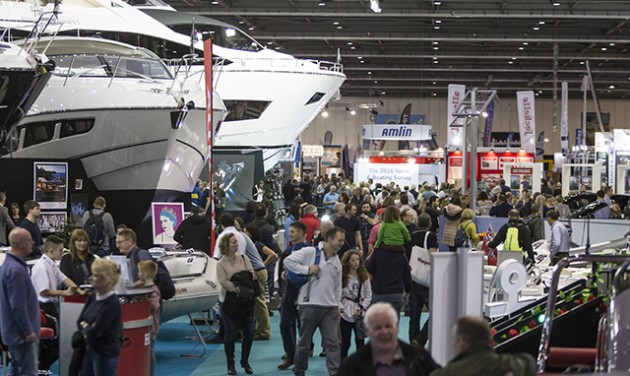 The 62nd London Boat Show, which drew to a close yesterday, attracted 90,328 people through the doors of ExCeL London over 10 days.

The 2016 show saw more than 132 boats make their debut, including the largest ever boat to be globally launched – a 40.05m Sunseeker 131 Yacht which was berthed out on the dockside.

Many companies reported an increase on last year’s sales figures including multi-million pound deals. There were close to 400 boats showcased with several new brands such as Adidas Sailing and Bainbridge International exhibiting at the show for the first time.

Sean Robertson, sales director at Sunseeker, said: ‘This has been our most successful London Boat Show for a number of years, with confirmed boat orders worth £40million of retail sales (exc. tax) and several more sales in the pipeline.

‘It’s very good news for the sector because it’s the first show of the year and it is an excellent barometer of sales to come in 2016.’

Peter Thomas, managing director at Cornish Crabbers, said: ‘Sales have been up on last year and the quality of visitors is undoubtable. We’ve sold six boats at the show including two of our new 21 foot Shrimpers.’ 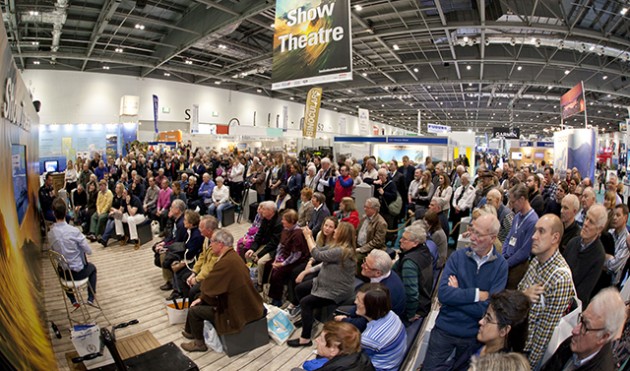 More than 1,000 beginners and experienced skippers got out on the Mediterranean Bay – a purpose-built pool spanning 500sqm, which hosted a variety of activities, including Seabobbing, water walking and Stand Up Paddleboarding, it provided visitors with the opportunity to get out on the water for free and brush up on their boating knowledge.

The show was officially opened by Made in Chelsea’s Lucy Watson. Other celebrities who made appearances included Adrian Chiles, Hugh Bonneville, The Overtones and television presenter Floella Benjamin. 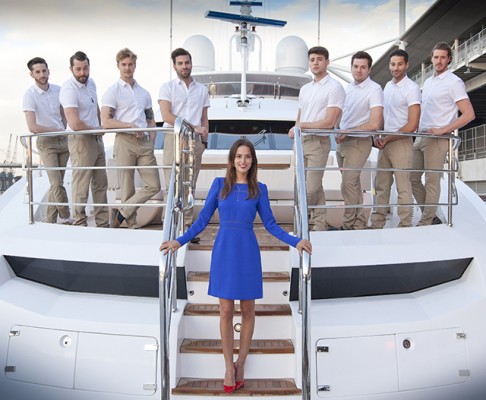 Made in Chelsea’s Lucy Watson at the London Boat Show 2016. Credit: onEdition

Murray Ellis, managing director at British Marine Boat Shows, said: ‘The quality of business achieved coupled with the fantastic attractions on offer and celebrity faces seen, has resulted in the 62nd London Boat Show being yet another successful show. At the heart of one of the world’s most pioneering capital cities, we have showcased the rich heritage of both British and international boating, latest marine innovations and designs to a global audience.

‘Exhibitors have reported excellent sales this year with visitors having the opportunity to purchase from a variety of products from inflatable Stand Up Paddleboards and foldaway sailing boats to a multi-million pound superyacht and everything in between. The atmosphere has been exuberant, once again confirming the London Boat Show as one of the top ten Boat Shows in the world.’

Ben Metcalfe, managing director at Landau UK, said: ‘London Boat Show has been very positive for us, with some great cash sales at the show as well as a number of sales enquiries which the Landau team will be following up on after the Show. The Mediterranean Bay proved a great success and most of all provided a fun atmosphere!

‘We look forward to next year but also Southampton Boat Show, where we hope to make our stand even more interactive for customers and a fun experience for all.’

Greg Houlston, general manager at Broom Marine Services, said: ‘This has been our first time attending the Show as a standalone brand, and we have been delighted with both the positive feedback received and the number of sales achieved.

‘We have received strong enquiries and orders for service work and completed product sales for our Volvo Penta, Raymarine and Fusion offerings, along with a bulk order for the recently launched Engineguard security device for outboards, and boat demonstrations booked for Seakeeper boat stabilisation.

‘We now look forward to the remainder of 2016 with optimism and returning to the London Boat Show in 2017.’

The Two BIG Ones…. 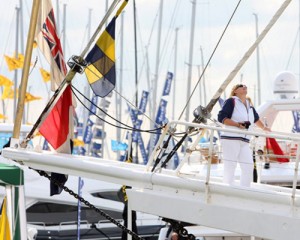 The One and Only London Boat Show is Coming Soon!

Yes the only Boat show worth attending is coming soon, everything under one roof!  The London Boat Show is on from January 9th to 18th 2015 and includes a new 4D Experience! 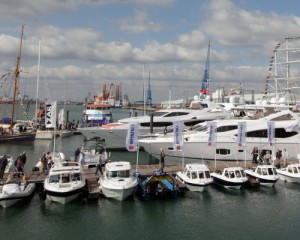 This world-renowned event is where adventure starts, pioneers meet and innovation shines. Immerse yourself in the elements and explore a world of boating, the very latest in technology and show-stopping experiences that will really capture your imagination.

Whether you are an enthusiast or new to boating and sailing, this London Boat Show will give you a vast range of craft to explore, from Kayak to Dinghy to Superyacht. There are hundreds of boats from small independent builders to multinational companies and their size varies from under 15 foot to over 50 foot.

Make sure you have the date in your diary!

London Boat Show Is Just Around the Corner!

All forthcoming shows ordered by date

The Ancasta New Boat Shows in Port Hamble and Swanwick provide the ideal opportunity for anyone keen to view our fantastic new boat range. Beneteau, Lagoon and Prestige will all be represented and our brand Managers will be on hand to conduct viewings and ensure you are detailed with all the information and benefits these beautiful boats have to offer.

This has to be one of the worlds premier boat shows, so are you there right now? If so we would love to hear your reviews, feedback or just anything that you found interesting.

The other date which is a must for your diary: